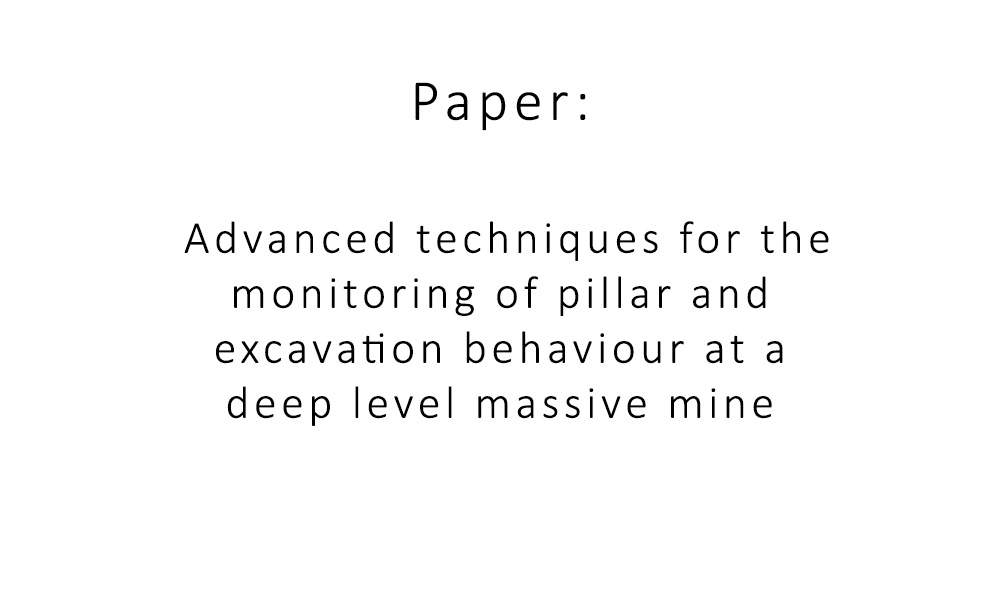 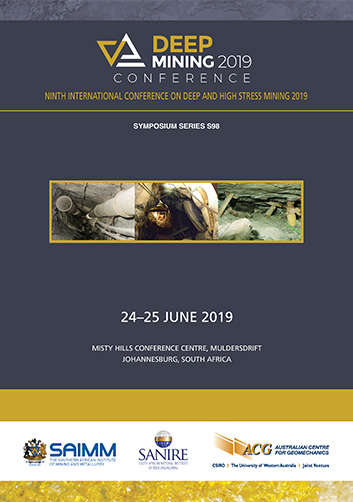 The mining methods used at South Deep started with conventional mining (pre-1998), which later evolved into mechanized mining with various layouts for drifting and benching, low-profile horizontal destressing with crush pillars and long hole stoping (LHS). The mining method was then changed during 2015-2016 to the current high profile destress with LHS. Pillars in the destress cuts are designed to yield and not pose a significant rock burst risk.

High profile development was initially conducted using smaller pillars (4.5 m x 10 m and 6 m x 10 m) which completely yielded however, as these were prone to excessive scaling and extensive rehabilitation requirements. Numerical modelling was conducted by Lilly, (2016), to optimise the destress pillar dimensions. The study concluded that a larger yield pillar is viable in the high profile destress cuts.

The new pillar design was still not proven in situ owing to lack of information regarding to yielding, closure rates, convergence and fracturing through the core as well as the transition between the old and new mining layout.

A Zeb Revo scanner was then used to obtain accurate closure and pillar yield performance. This data was used to calibrate actual vs model-predicted displacements and to calibrate numerical models, reconciling pillar and also pro-actively identify areas that were undergoing extensive deformation.

This paper will describe the outcome of the above-mentioned monitoring and reconciliation programmes and the interpretation of the results.